Have you started to climb your second mountain?

The below article in NYT caught our attention. The author speaks to my heart when he introduces the concept of the two mountains in our lives.
The first mountain is around achievement, individualistic performance, about ego and wanting to win and conquer.
The second mountain is about purpose, service, about bringing your gift to the world. And yes, there is a valley in between; and to come down and go up again is not an easy task. Nature can help, solitude and self-reflection provide a rite of passage like in so many spiritual traditions.

Our Mountain Wisdom logo visualizes these two mountains and the mirror image brings the wisdom. When we created the logo, we were just playing with the letters. But maybe we only scratched the surface of something much bigger that is guiding us…

As you read the article below you might want to ask yourself: Cheers 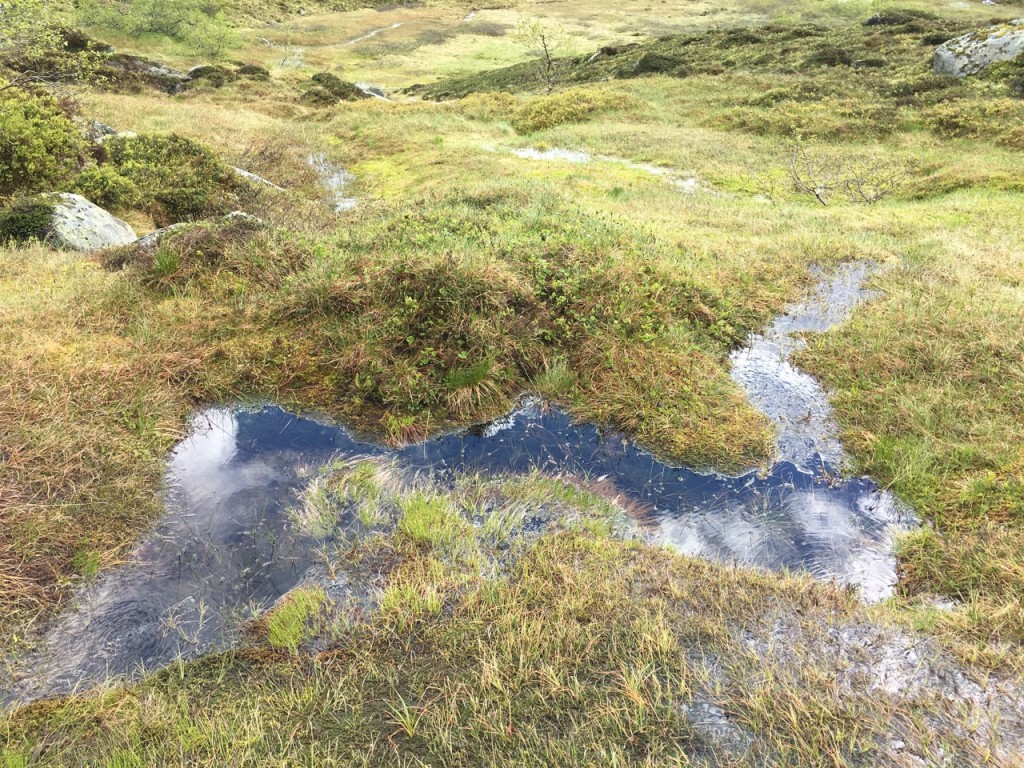 The Moral Peril of Meritocracy
Our individualistic culture inflames the ego and numbs the spirit. Failure teaches us who we are.
By David Brooks

Many of the people I admire lead lives that have a two-mountain shape. They got out of school, began their career, started a family and identified the mountain they thought they were meant to climb — I’m going to be an entrepreneur, a doctor, a cop. They did the things society encourages us to do, like make a mark, become successful, buy a home, raise a family, pursue happiness.

People on the first mountain spend a lot of time on reputation management. They ask: What do people think of me? Where do I rank? They’re trying to win the victories the ego enjoys.

These hustling years are also powerfully shaped by our individualistic and meritocratic culture. People operate under this assumption: I can make myself happy. If I achieve excellence, lose more weight, follow this self-improvement technique, fulfillment will follow.

Some of them achieved success and found it unsatisfying. They figured there must be more to life, some higher purpose. Others failed. They lost their job or endured some scandal. Suddenly they were falling, not climbing, and their whole identity was in peril. Yet another group of people got hit sideways by something that wasn’t part of the original plan. They had a cancer scare or suffered the loss of a child. These tragedies made the first-mountain victories seem, well, not so important.

Some people are broken by this kind of pain and grief. They seem to get smaller and more afraid, and never recover. They get angry, resentful and tribal.

But other people are broken open. The theologian Paul Tillich wrote that suffering upends the normal patterns of life and reminds you that you are not who you thought you were. The basement of your soul is much deeper than you knew. Some people look into the hidden depths of themselves and they realize that success won’t fill those spaces. Only a spiritual life and unconditional love from family and friends will do.

They realize how lucky they are. They are down in the valley, but their health is O.K.; they’re not financially destroyed; they’re about to be dragged on an adventure that will leave them transformed. They realize that while our educational system generally prepares us for climbing this or that mountain, your life is actually defined by how you make use of your moment of greatest adversity.

First, there has to be a period of solitude, in the wilderness, where self-reflection can occur.

“What happens when a ‘gifted child’ finds himself in a wilderness where he’s stripped away of any way of proving his worth?” Belden Lane asks in “Backpacking With the Saints.” What happens where there is no audience, nothing he can achieve? He crumbles. The ego dissolves. “Only then is he able to be loved.”

That’s the key point here. The self-centered voice of the ego has to be quieted before a person is capable of freely giving and receiving love.

Then there is contact with the heart and soul — through prayer, meditation, writing, whatever it is that puts you in contact with your deepest desires.

“In the deeps are the violence and terror of which psychology has warned us,” Annie Dillard writes in “Teaching a Stone to Talk.” “But if you ride these monsters deeper down, if you drop with them farther over the world’s rim, you find what our sciences cannot locate or name, the substrate, the ocean or matrix or ether which buoys the rest, which gives goodness its power for good, and evil its power for evil, the unified field: our complex and inexplicable caring for each other.”

In the wilderness the desire for esteem is stripped away and bigger desires are made visible: the desires of the heart (to live in loving connection with others) and the desires of the soul (the yearning to serve some transcendent ideal and to be sanctified by that service).

When people are broken open in this way, they are more sensitive to the pains and joys of the world. They realize: Oh, that first mountain wasn’t my mountain. I am ready for a larger journey.

Some people radically change their lives at this point. They quit corporate jobs and teach elementary school. They dedicate themselves to some social or political cause. I know a woman whose son committed suicide. She says that the scared, self-conscious woman she used to be died with him. She found her voice and helps families in crisis. I recently met a guy who used to be a banker. That failed to satisfy, and now he helps men coming out of prison. I once corresponded with a man from Australia who lost his wife, a tragedy that occasioned a period of reflection. He wrote, “I feel almost guilty about how significant my own growth has been as a result of my wife’s death.”

Perhaps most of the people who have emerged from a setback stay in their same jobs, with their same lives, but they are different. It’s not about self anymore; it’s about relation, it’s about the giving yourself away. Their joy is in seeing others shine.

In their book “Practical Wisdom,” Barry Schwartz and Kenneth Sharpe tell the story of a hospital janitor named Luke. In Luke’s hospital there was a young man who’d gotten into a fight and was now in a permanent coma. The young man’s father sat with him every day in silent vigil, and every day Luke cleaned the room. But one day the father was out for a smoke when Luke cleaned it.

Later that afternoon, the father found Luke and snapped at him for not cleaning the room. The first-mountain response is to see your job as cleaning rooms. Luke could have snapped back: I did clean the room. You were out smoking. The second-mountain response is to see your job as serving patients and their families. In that case you’d go back in the room and clean it again, so that the father could have the comfort of seeing you do it. And that’s what Luke did. 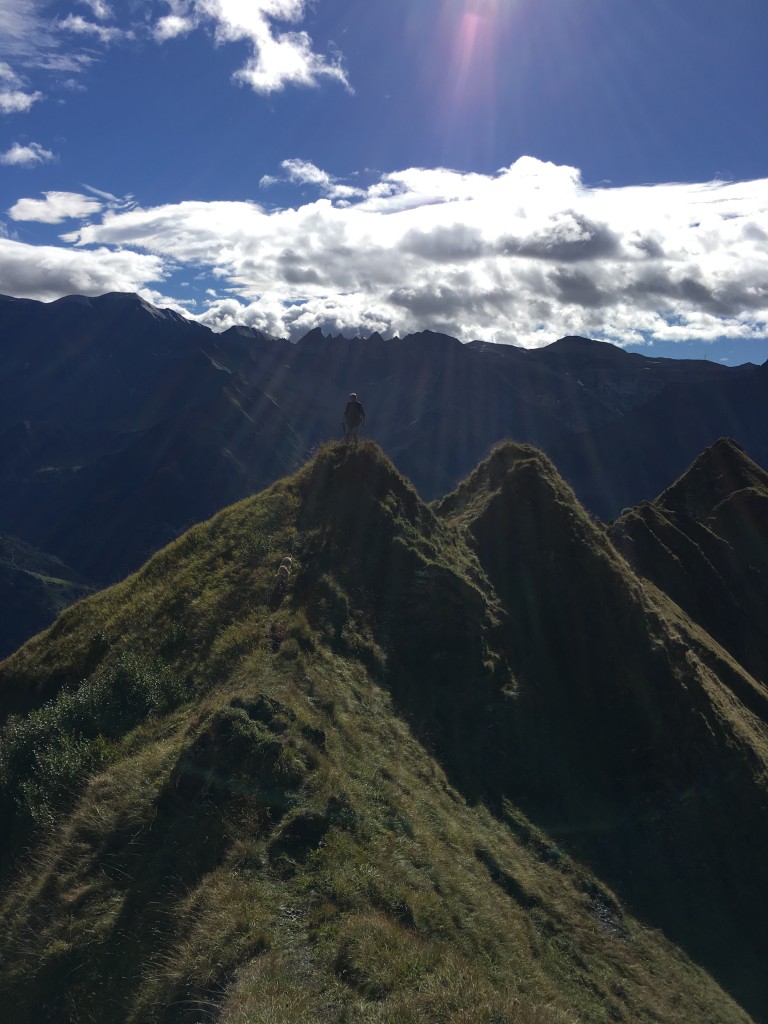 On the first mountain, personal freedom is celebrated — keeping your options open, absence of restraint. But the perfectly free life is the unattached and unremembered life. Freedom is not an ocean you want to swim in; it is a river you want to cross so that you can plant yourself on the other side.

So the person on the second mountain is making commitments. People who have made a commitment to a town, a person, an institution or a cause have cast their lot and burned the bridges behind them. They have made a promise without expecting a return. They are all in.

I can now usually recognize first- and second-mountain people. The former have an ultimate allegiance to self; the latter have an ultimate allegiance to some commitment. I can recognize first- and second-mountain organizations too. In some organizations, people are there to serve their individual self-interests — draw a salary. But other organizations demand that you surrender to a shared cause and so change your very identity. You become a Marine, a Morehouse Man.

I’ve been describing moral renewal in personal terms, but of course whole societies and cultures can swap bad values for better ones. I think we all realize that the hatred, fragmentation and disconnection in our society is not just a political problem. It stems from some moral and spiritual crisis.

We don’t treat one another well. And the truth is that 60 years of a hyper-individualistic first-mountain culture have weakened the bonds between people. They’ve dissolved the shared moral cultures that used to restrain capitalism and the meritocracy.

Over the past few decades the individual, the self, has been at the center. The second-mountain people are leading us toward a culture that puts relationships at the center. They ask us to measure our lives by the quality of our attachments, to see that life is a qualitative endeavor, not a quantitative one. They ask us to see others at their full depths, and not just as a stereotype, and to have the courage to lead with vulnerability. These second-mountain people are leading us into a new culture. Culture change happens when a small group of people find a better way to live and the rest of us copy them. These second-mountain people have found it.

Their moral revolution points us toward a different goal. On the first mountain we shoot for happiness, but on the second mountain we are rewarded with joy. What’s the difference? Happiness involves a victory for the self. It happens as we move toward our goals. You get a promotion. You have a delicious meal.

Joy involves the transcendence of self. When you’re on the second mountain, you realize we aim too low. We compete to get near a little sunlamp, but if we lived differently, we could feel the glow of real sunshine. On the second mountain you see that happiness is good, but joy is better.